Guess where you can not take a selfie

May 2018 is full of events.  Hence, traditionally all celebrities are heading to South of France. Do you know why? The Royal wedding of Prince Harry and Meghan Markle is coming soon but it won’t be celebrating there. The reason is the 71st annual Cannes Film Festival. As you may know, the very first festival was celebrated on 20 September 1946 with the participation of twenty-one countries. In 1951, the festival was moved to spring to avoid a direct competition with the Venice Festival which was held in autumn. So at the moment, we are happy to see who will get the Palme d’Or this time.

After the Met Gala, it seems all the important high-class events turned against selfies. Hence, Thierry Frémaux festival’s art director imposed a strict ban on red carpet selfies.  He commented his decision saying

It’s not beautiful. It’s grotesque. It’s ridiculous …. We want to restore a bit of decency

All in all, the reasons seem logical. But how would the Hollywood react to this discrimination?

“On the red carpet, the trivial aspect and the slowing down provoked by the disorder which these selfies create tarnishes the quality of [the red-carpet experience] and of the festival as a whole”

Obviously, if you get caught taking a selfie you won’t get a huge fine. Instead, according to this frightening sign on the red carpets this year. All offenders will be denied entrance to the screenings”. 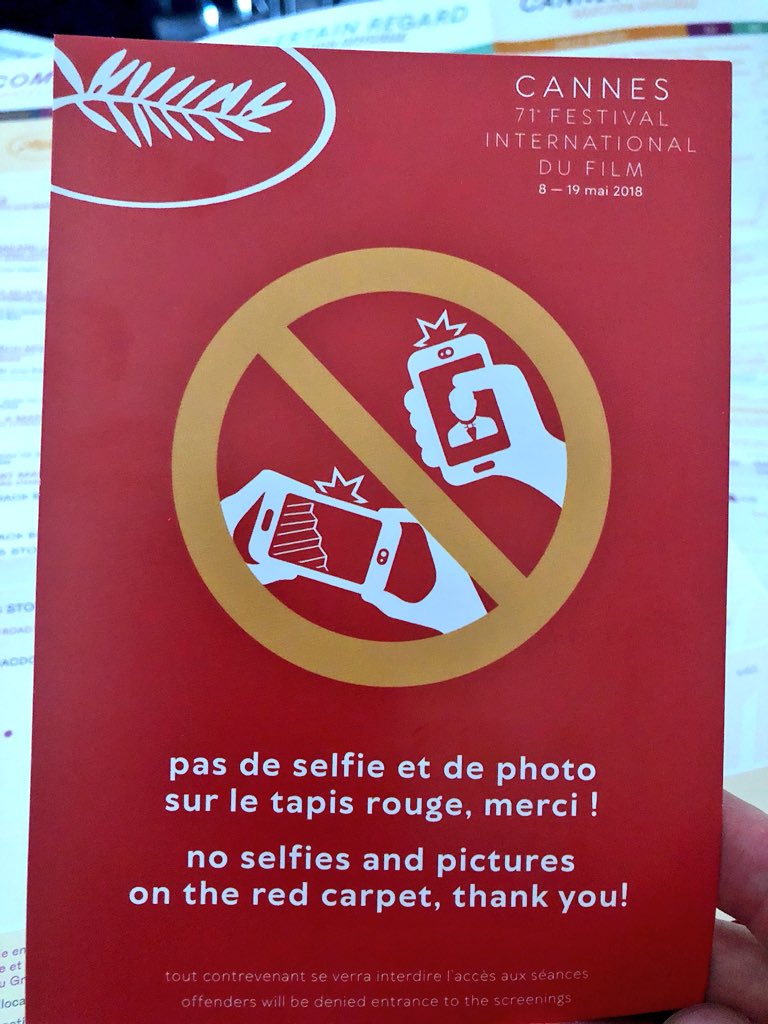 Under those circumstances, no personal photography on the most photographed red carpet in the world.  No pics on the red carpet, but we still can see some inside-out shots related to the festival.

Bella Hadid and Carla Bruni selfie. Apparently, they look like a mother and a daughter. 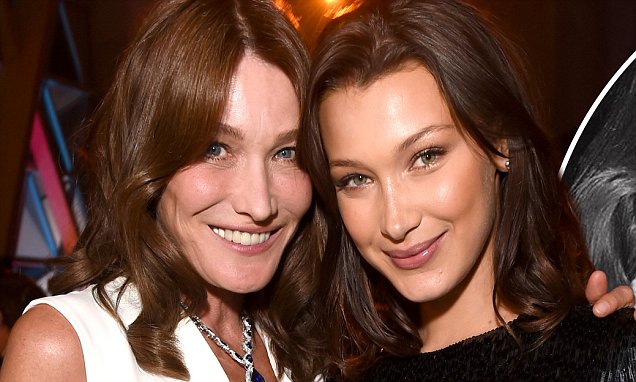 Kenyan-Mexican actress Lupita Nyong’o snapped an iconic selfie with, well you can recognize top film stars by yourself. If not they are Marion Cotillard, Jessica Chastain, Penelope Cruz and Bing Bing Fan. 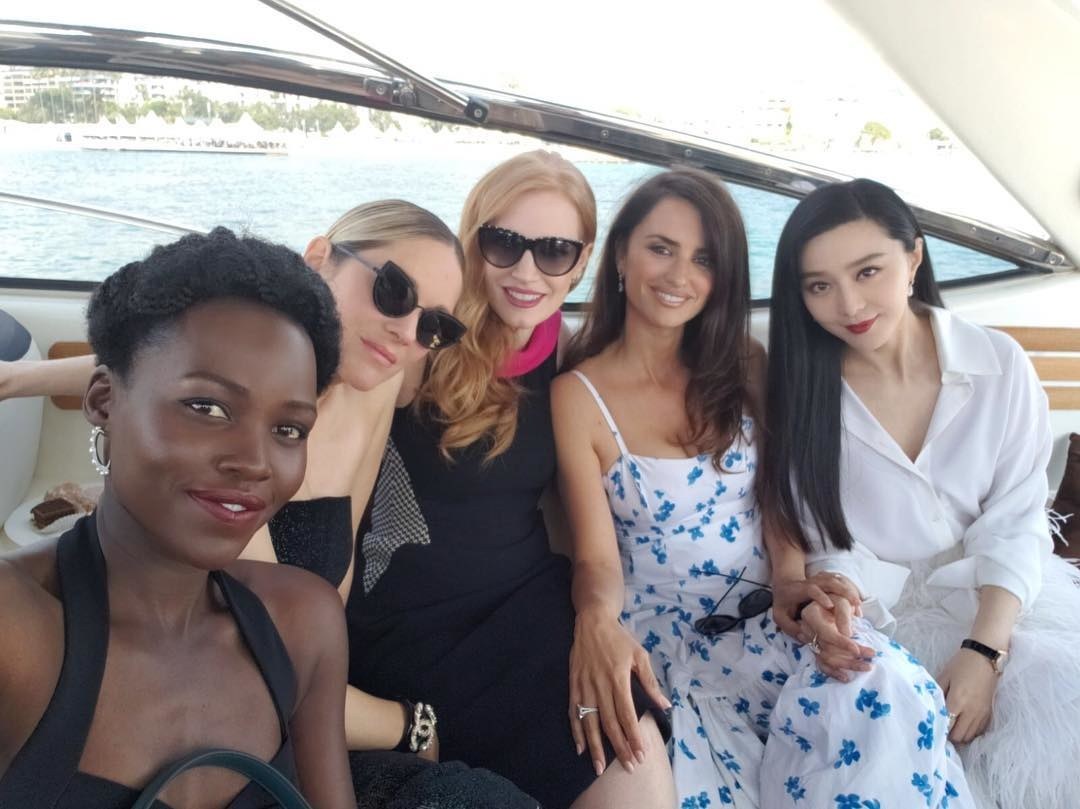