Ryan Wiggins is a 14-year old British teen with Asperger’s.  Asperger’s syndrome is a type of  autism spectrum disorder which is characterized by significant problems with communications. The boy used a selfie stick to shoot his typical day. The video shows how hard can be the life of a teenager with Asperger’s disorder. “Tomorrow” was published to the YouTube in honor of British Anti-Bullying Week. Ryan is a participant of Autism’s got talent, an annual event founded by Anna Kennedy. The woman runs a charity organization “Annakennedyonline” which supports children with disabilities.

The video made a strong impression on internet users who left loads of comments with words of support. 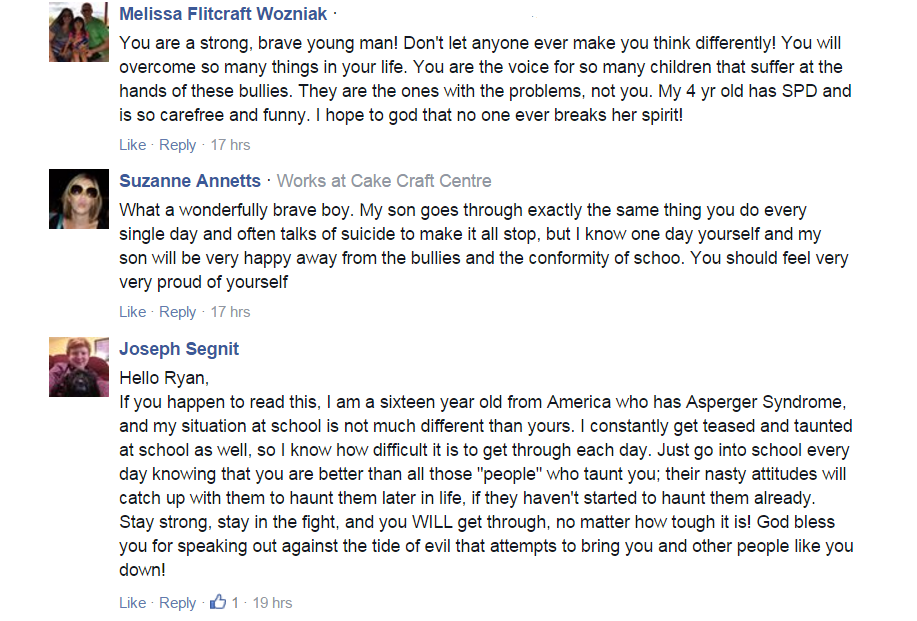 We should all pay attention to those who are so close to us but sometimes their suffering is invisible. It was so brave of Ryan to show his real life to the whole world. Maybe that’s the way to make the world a better place. Indeed not today. Maybe tomorrow.