Last month billionaire and candidate for President from the Republican Party Donald Trump posted an insulting video to his Instagram. The video features Barack Obama taking selfies with a selfie stick while ISIS activists are planning another attack. The post is dedicated to Obama’s quote about ISIS which has already become popular: “They’re a bunch of killers with good social media”  The message of the video seems to be the following: 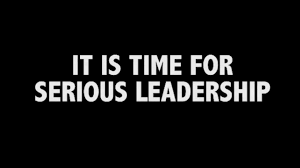 Here’s the video. It’s for you to decide whether the joke is really hilarious or not but it seems to be part of Trump’s smart social media campaign.