The Selfie phenomenon: who and where takes them?

Today mainstream social networks are suffering from the epidemic self-portrait obsession. The phenomenon has reached the scale of the world event: everybody including celebrities – from Barack Obama to Pope – is happy to pose, smiling for the smartphone camera. 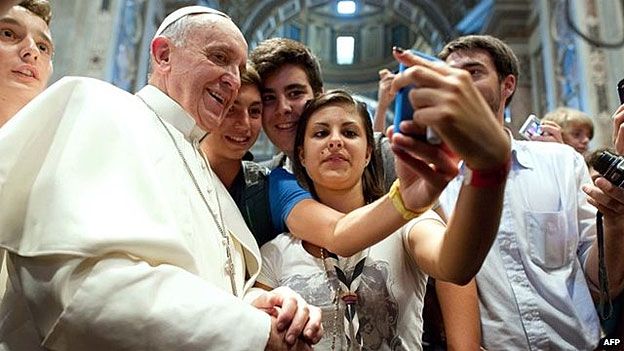 London scenery seems to be the best background for selfies, however, most of the pictures are uploaded by users from Asia. Let’s look at the statistics.

Not that the photographic self-portrait is a new phenomenon, but the smartphone wide spreading along with social networking popularity growth provoked a real boom of this genre. Especially when phones can make shots of higher and higher quality.

Narcissistic Hollywood celebrities played a large part in this selfie boom – from Kim Kardashian to Justin Bieber. The most popular selfie in the world is a picture taken by American TV hostess Ellen Degeneres during the Oscar ceremony in 2014 capturing 12 movie celebrities at a time including Meryl Streep, Julia Roberts, Brad Pitt and Kevin Spacey.

Selfimania is progressing. The word “selfie” itself received a formal approval in 2013, having been named as word of the year in the list of the most popular new terms by Oxford Dictionaries.

Only in 2014 there were taken nearly a 1 billiard and 200 million selfies in Britain according to recently published report by British Mediamodulator Ofcom. What about other countries?

Pose! Take pics and send them! 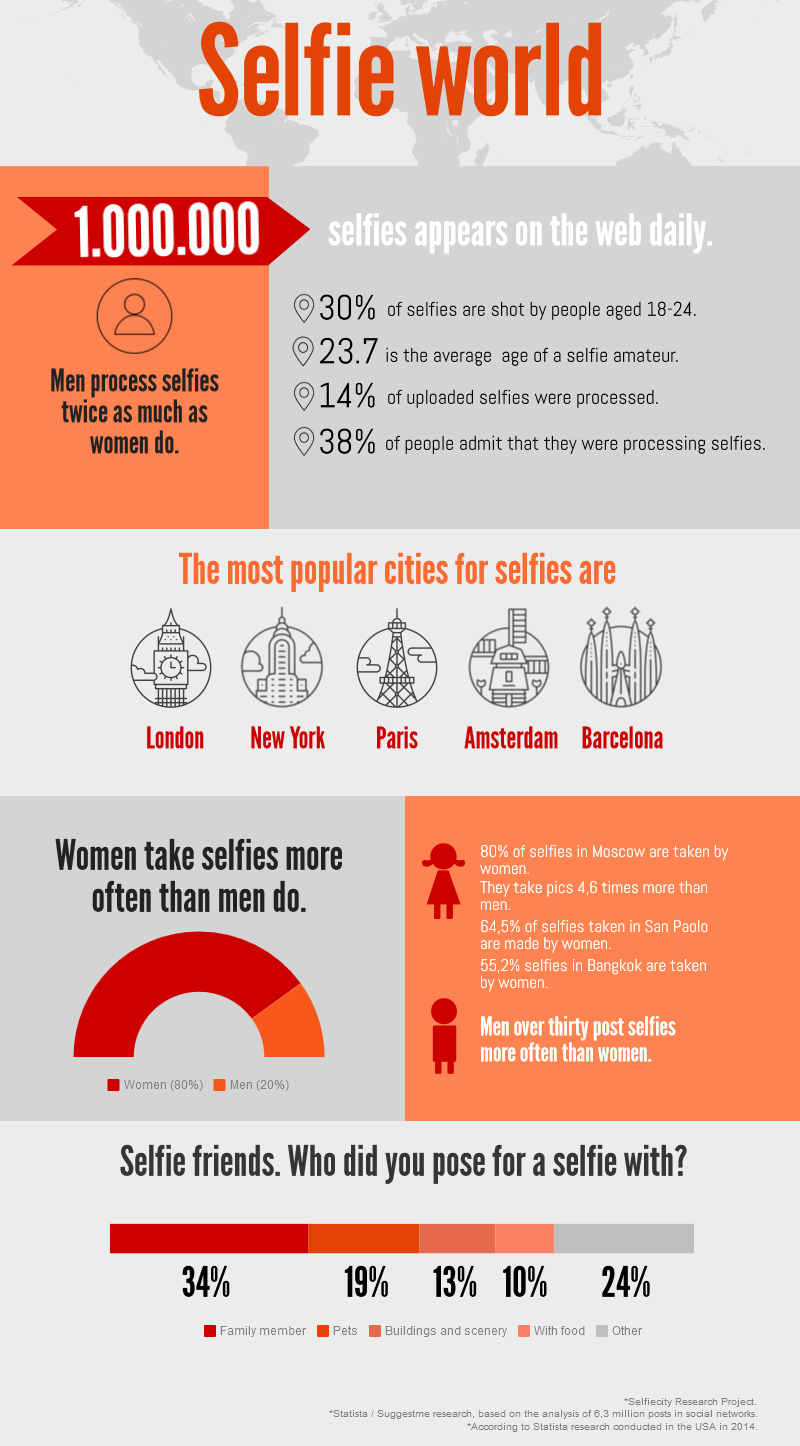 Comments to The Selfie phenomenon: who and where takes them?