Extreme selfies short-list – not for nervous

These selfies are made by people who are not afraid of risking and are eager to do everything for the sake of taking a good photo. We have tried to create a small extreme selfie classification by thematic groups.
Selfie with animals: 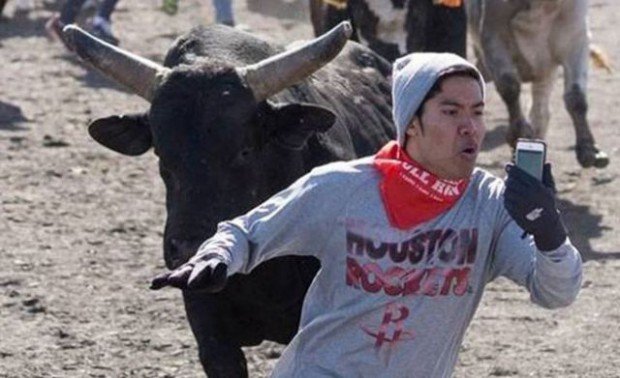 A young daredevil nicknamed “Christian” has upgraded selfie art to a new level. “Christian” took part in The Great Bull Run on January, 25, 2014 and decided to take a photo of it with his smartphone. One of the viewers managed to take a photo of “Christian” making selfie and uploaded this picture to his Reddit with a capture “Selfie at the eleventh level” showing how dangerous it was to make such a snapshot. 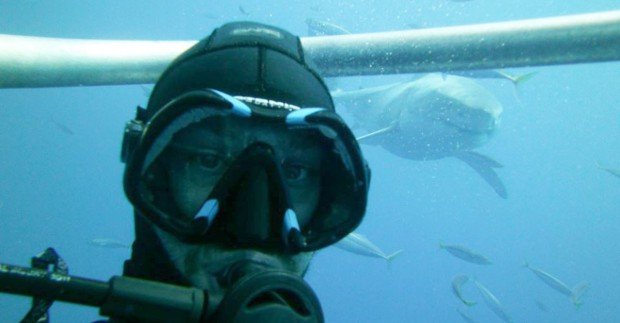 Selfie with a great white shark. According to author’s words, the photo is made in Guadalupe, 240 km from the Mexican coast. 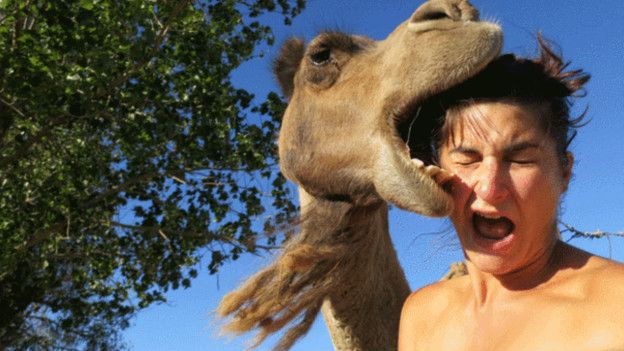 Cameron Ernst, a winner of Australian competition “The best job in the world”, made a photo with a cheetah in National zoo in Canberra

The following selfies are connected with sports and extreme, one can not but wear a special uniform.
Selfie within a parachute jump 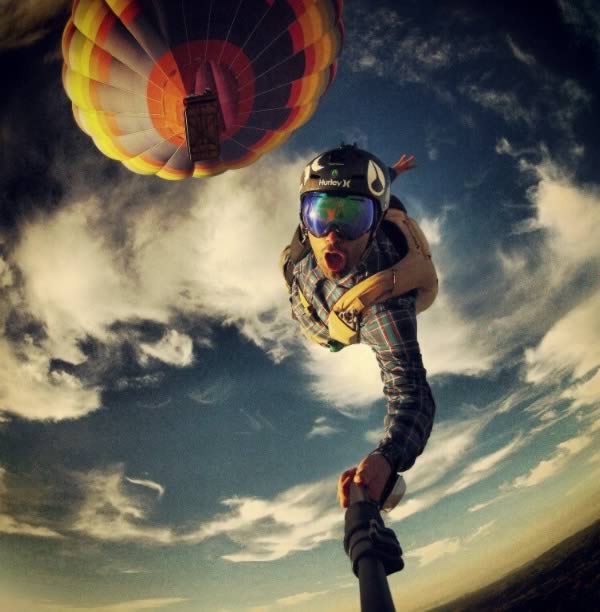 2-in-1  selfie from extreme cycle race 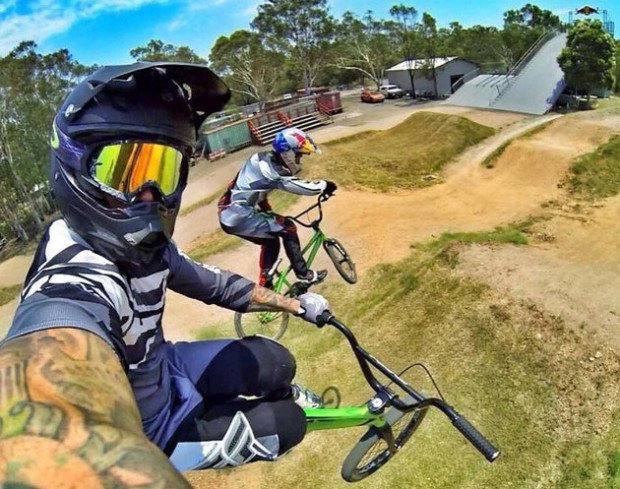 Combining a selfie with a job: 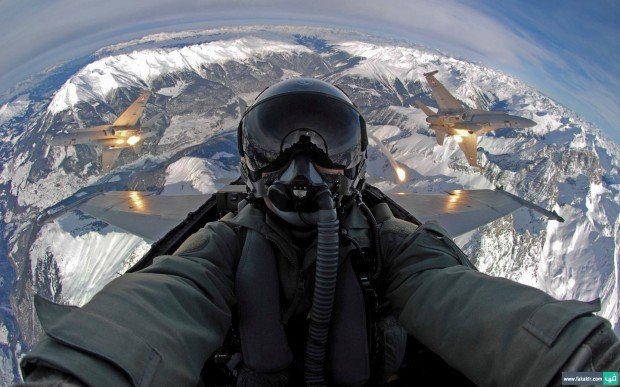 Selfie taken by a jet-fighter F-16 pilot. This pilot of the Dutch Royal Air-Force made a snapshot against the jet-liner “Boeing 787 Dreamliner”.

One more selfie from a jet-fighter cockpit. A Turkish pilot took a photo of himself during the airshow just after having completed aerobatics which can be seen behind the jet-fighter.

Astronaut and colonel Mike Hopkins made a unique selfie while he was helping to restore International Space Station on December, 24, 2013. 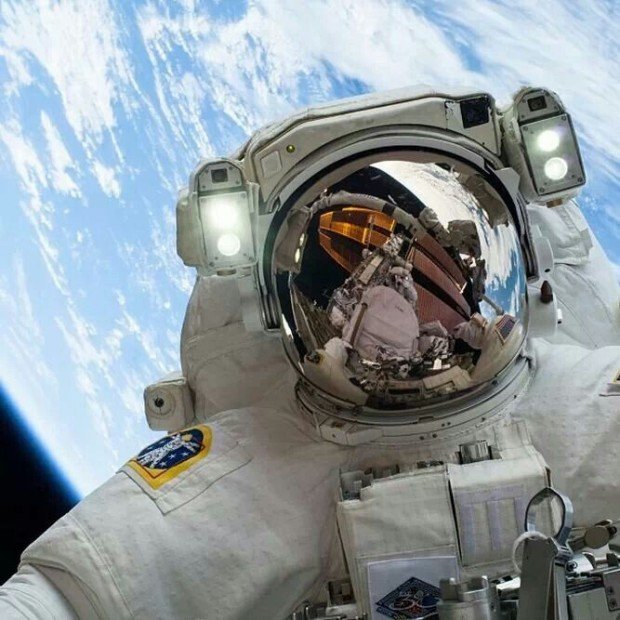 Canadian adventurer George Kurunis made a photo just against the active lava lake on the Ambrym island.

Selfies from skyscrapers and high objects were described in our previous article.
So why are some people ready to risk their life for the sake of stunning selfies?
Lee Thompson supposes that this can be explained by fake courage and proves this by his photo made in June, 2014 at the top of the famous Christ the Redeemer statue in Rio-de-Janeiro.

Thompson says that this selfie on the Christ statue was made using appropriate safety precautions.

Professional photographer Thompson does not hide the fact that the photo was taken specially for his travel agency FlashPack and he had got a special permission for climbing on the top of the statue. 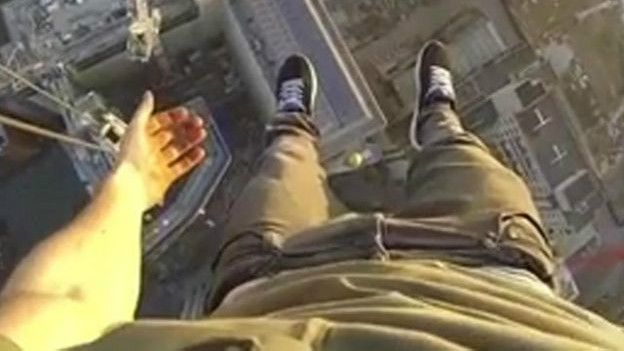 Photo of James Kingston hanging on a tower crane makes everybody cringe.

While a jump from a cliff

Some selfies from the list are made within the Selfie Olympics – a new teenage game which gains more and more popularity on Instagram and Facebook. The essence is simple – to create a crazy idea for a selfie and embody it better than the others. 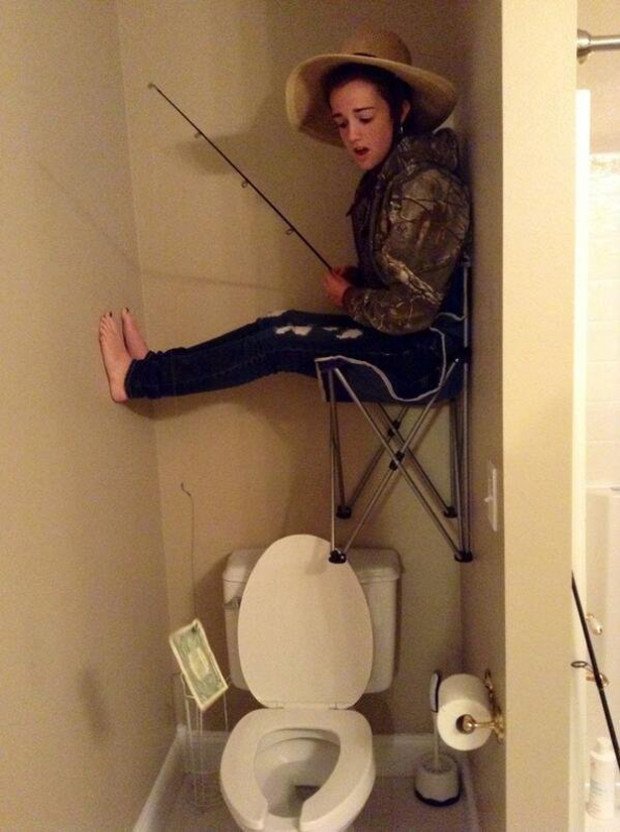 This girl is able to brush her teeth and make a selfie standing on tiptoes having put her phone on a doorpost. 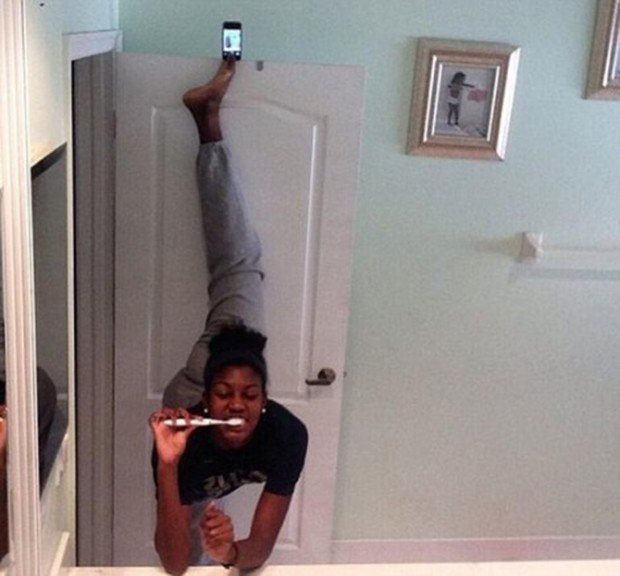 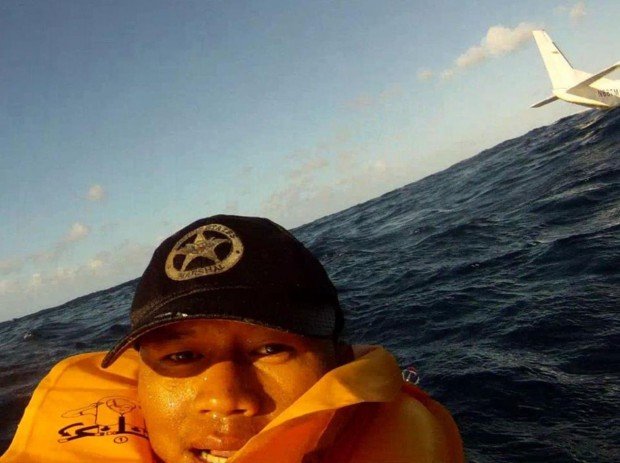 The most extreme and stupid selfie out of possible ones – a burning man. But in no case should you try to repeat this! 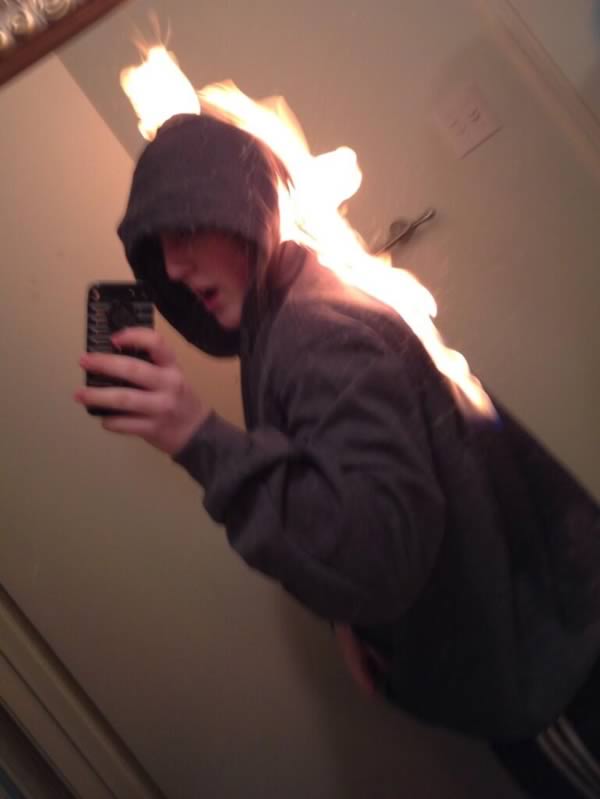 Take care of yourselves while taking a selfie!