23-year-old British tourist Lizzie Ware and her partner Ben Holmes were taking photos of monkeys in Bali, Indonesian resort, when suddenly one of them snatched the camera from the hands of the Europeans and took the lead in shooting. It seemed that the primates saw the camera not for the first time, reported the Mirror.

The following photos show how one of the monkeys grabs the camera from hands of the tourist and points the camera at himself, while another monkey climbs at the head of Ware, as if it was posing in front of the congener, that at the very moment pressed the button of the camera again. 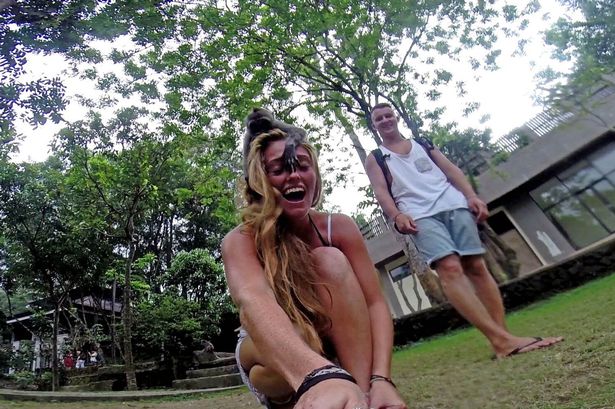 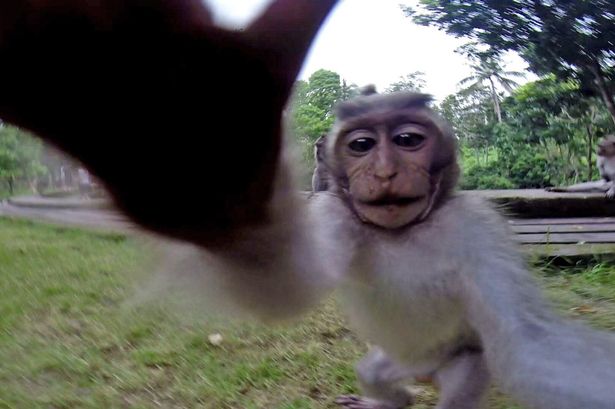 “It was incredible; the monkey seemed to know what he was doing. It looked like he purposely corrected the lens to look better on the shot,” – said the Briton. Fortunately for the tourists, the monkeys allowed them to pick up the camera after they played enough with it.

This story is not a unique example of monkey selfie. Earlier it was reported that the baboon from Indonesia, who photographed himself on the camera of David Slater, British traveler, was acknowledged the copyright holder of the photo.