Aristocratic selfies that bypassed the rules of royal protocol 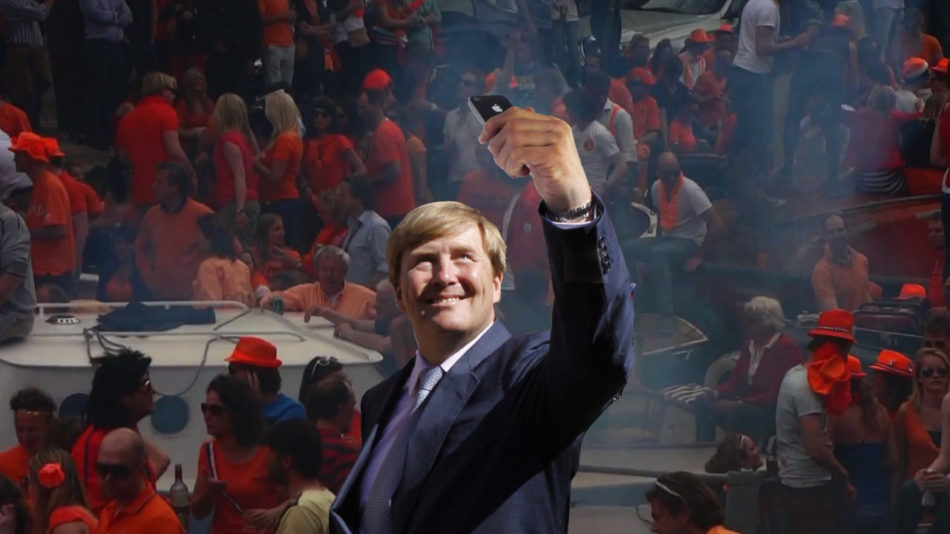 We are living in the century of democracy. At the present time, 97 out of 167 countries are democracies. That´s impressive. Why do we still so obsessed with The Royals from all over the world? Are we really as democratic as we believe? After the French Revolution we still in love with monarchies. Remember that craze about Prince Harry and Meghan Markle wedding? Anyway. what can be more interesting than enjoying a couple of aristocratic selfies? Monarchy is not an exclusive British invention, let´s have a look at royalties outside the Uk.

the most aristocratic selfie

From all the aristocratic selfies we have seen, the Spanish Royal Family seems to be the most selfie-friendly.  The let people taking selfies with them everywhere. 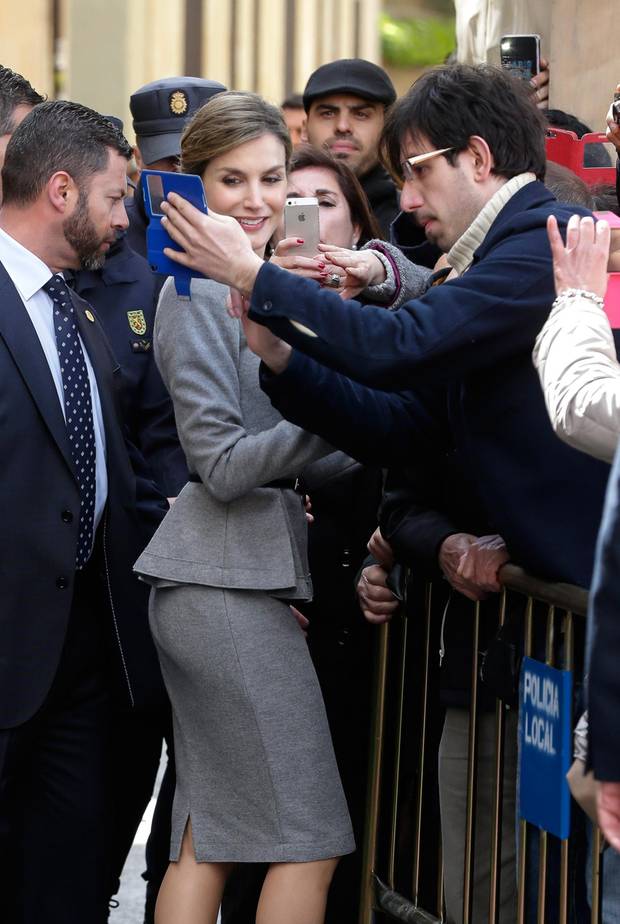 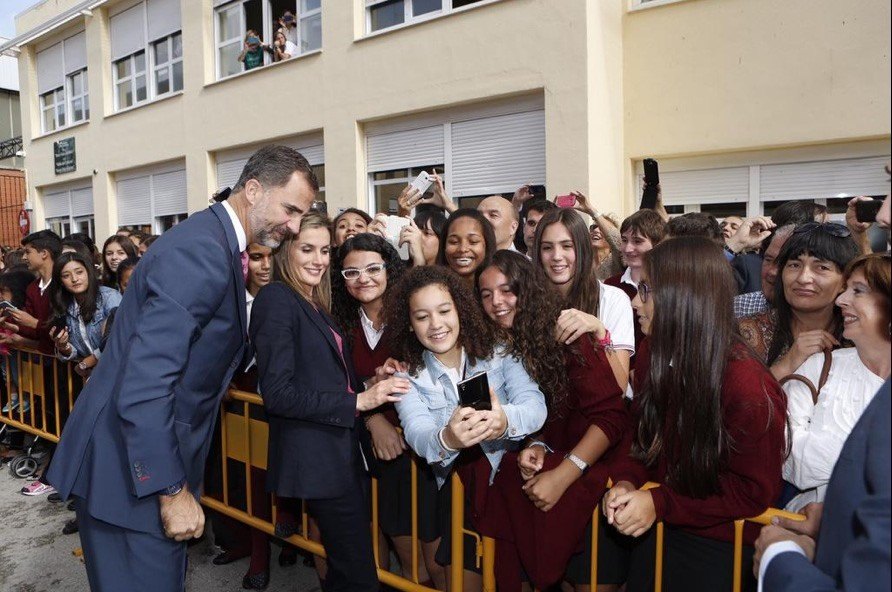 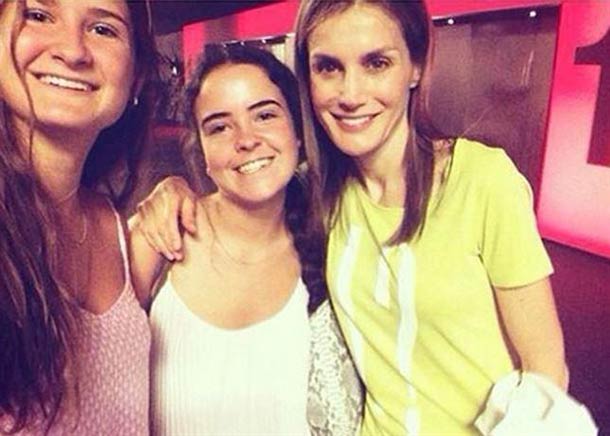 It´s not a surprise, former news anchor Queen Letizia got used to multiple cameras and she smiles quite a lot. It seems she teaches her daughters to be friendly to selfies as she is. 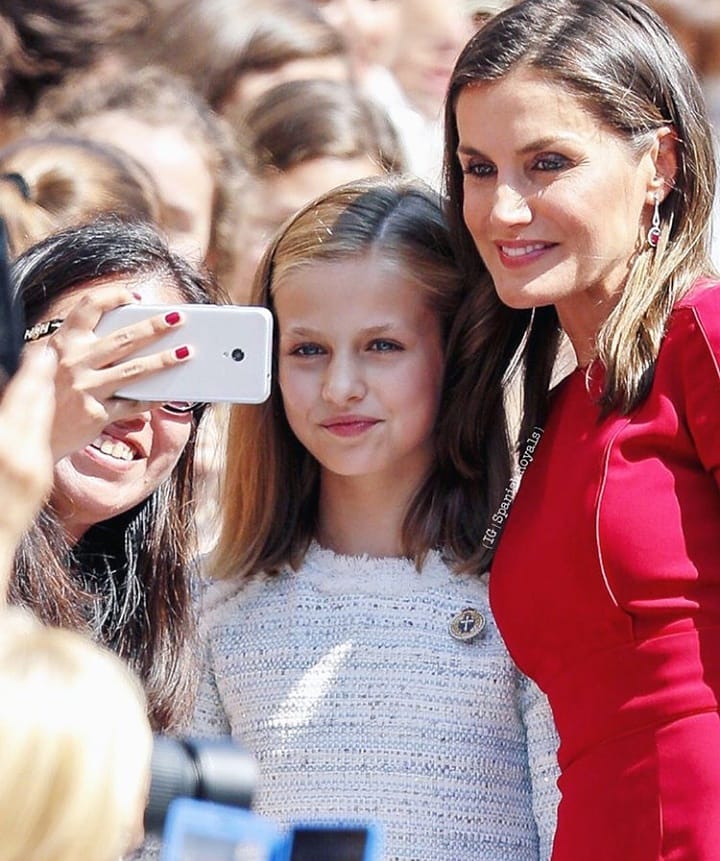 Her husband the Felipe VI is the King of Spain is also a huge fan of taking selfies with people. So it must be the famous easy-going Spanish character, they are too different from the cold British monarchy. PAy attention to the charming smile of Filipe, he looks like a Disney Character, right? 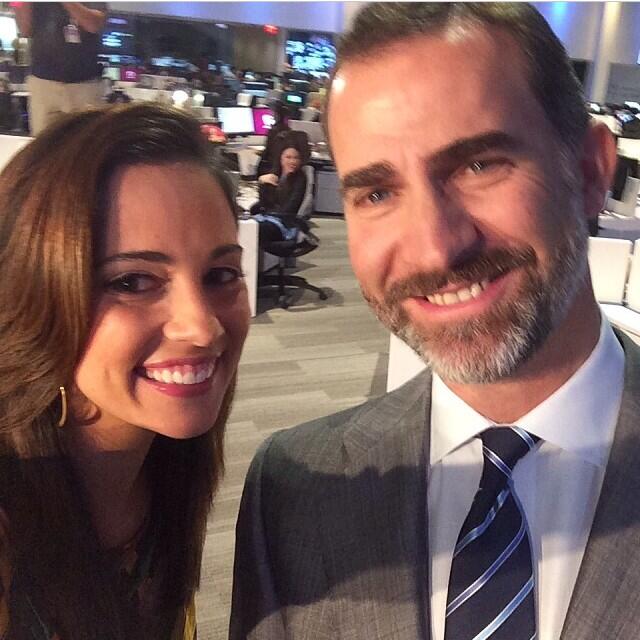 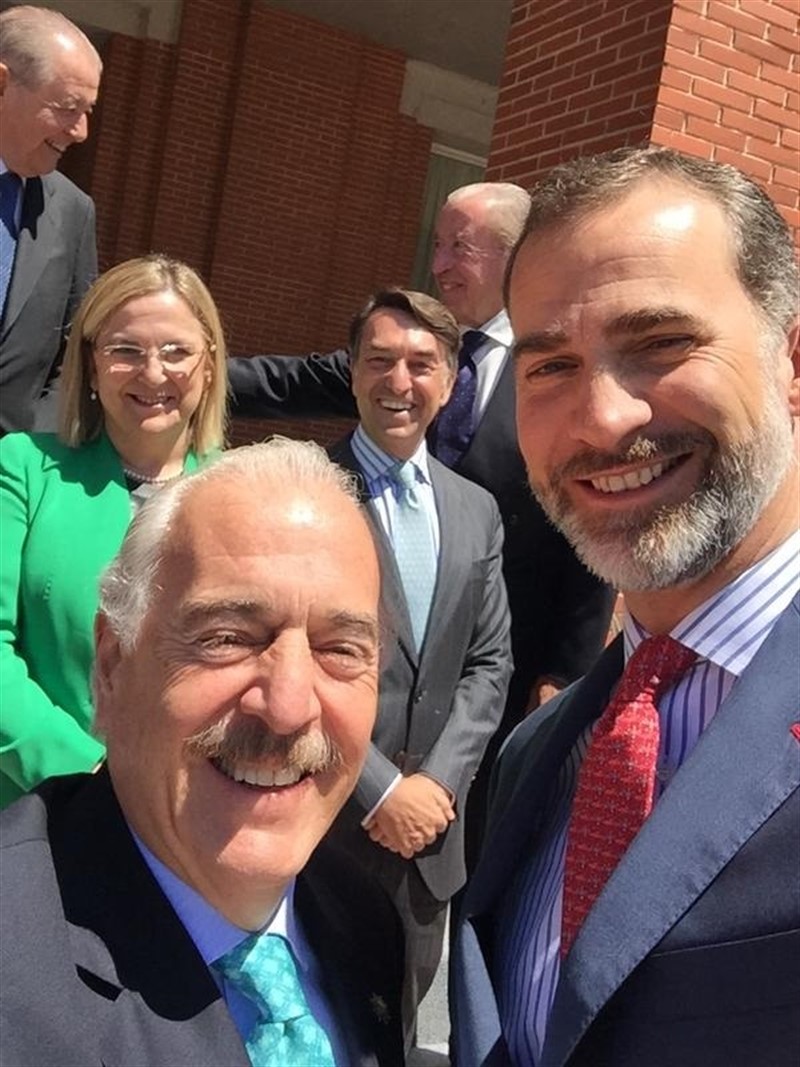 Usually, people don´t have nice associations with the Middle East. However, together with pretty strict monarchies as Bahrein or Qatar rubs a shoulder a peaceful state of Jordan. Rania Al-Abdullah the Queen Consort of Jordan with impeccable style takes an aristocratic selfie with people. 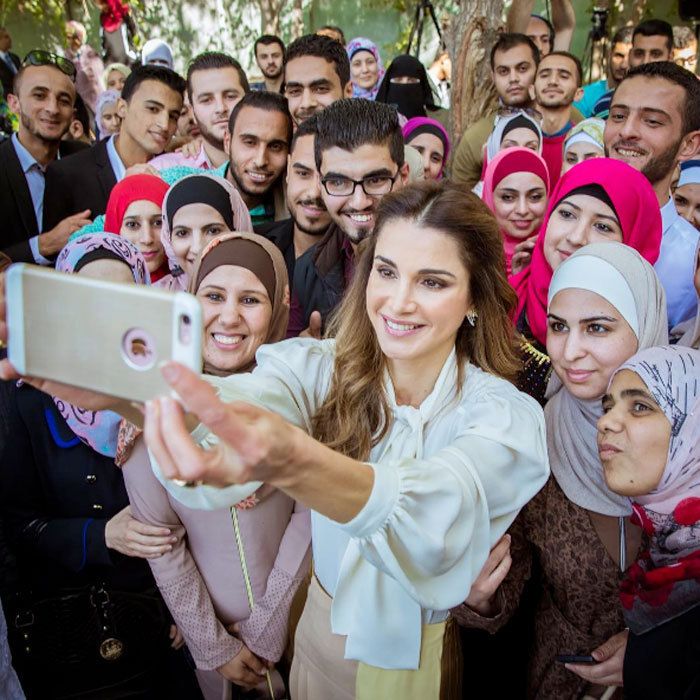 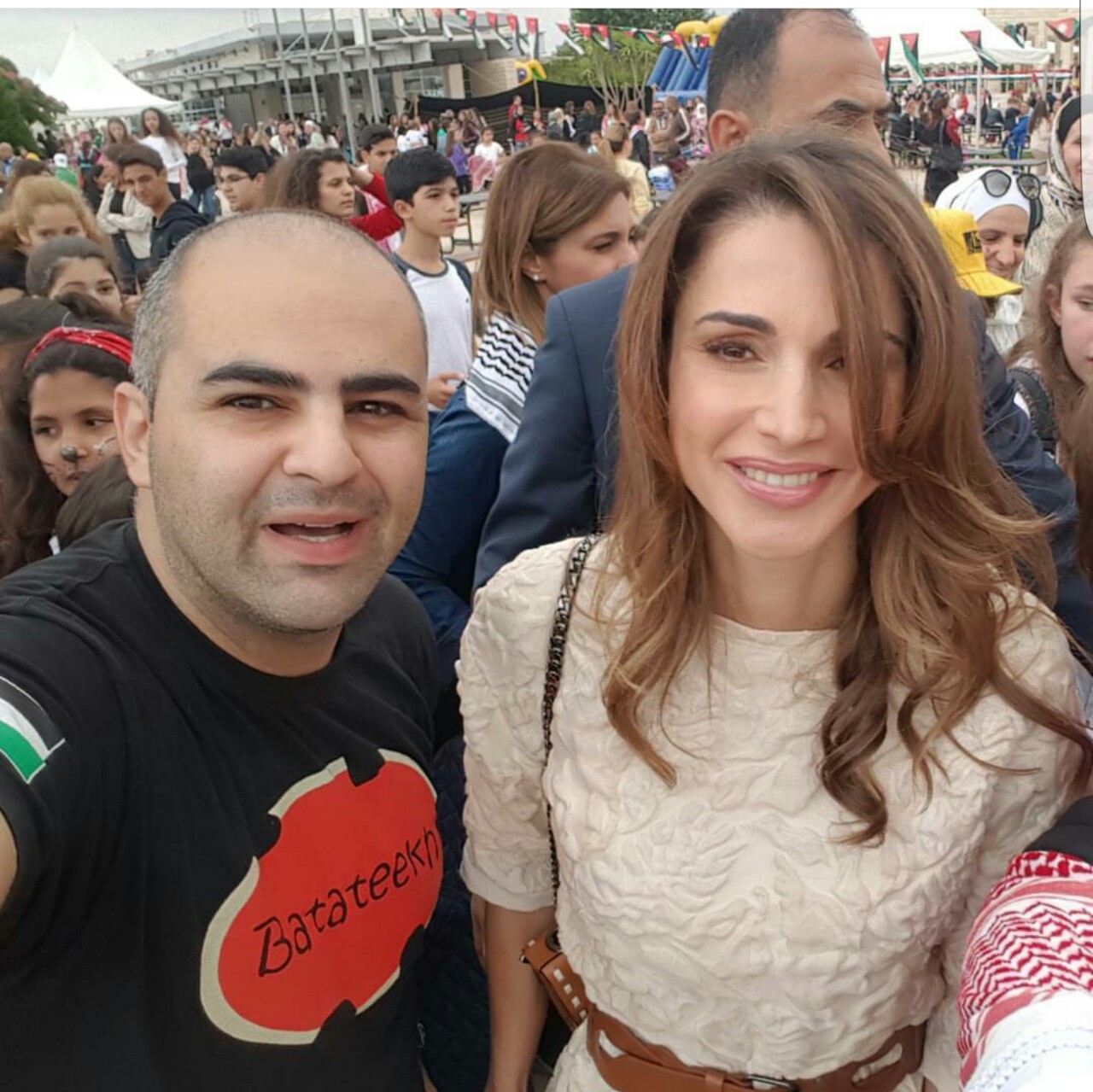 She looks so European for the Middle East royalty, right? Even more, she takes selfies by herself and even photobombed an aristocratic selfie of her older son Crown Prince Hussein. So adorable. 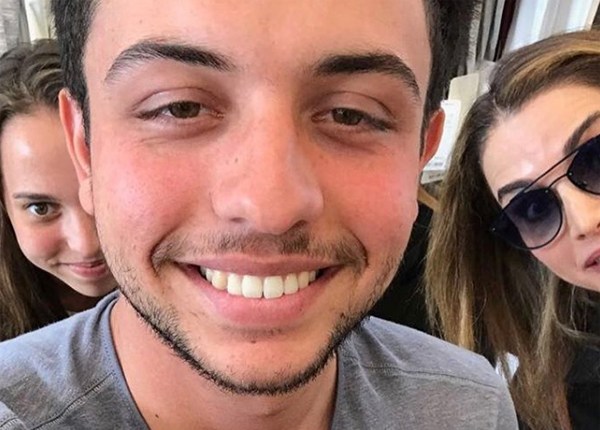 When you are born to take selfies

The bright representative of Orange-Nassau house Willem-Alexander of the Netherlands and his gorgeous Argentinian wife Queen Máxima have a fame of the friendliest monarchs of the world. How often do they take aristocratic selfies? A hint – very often… 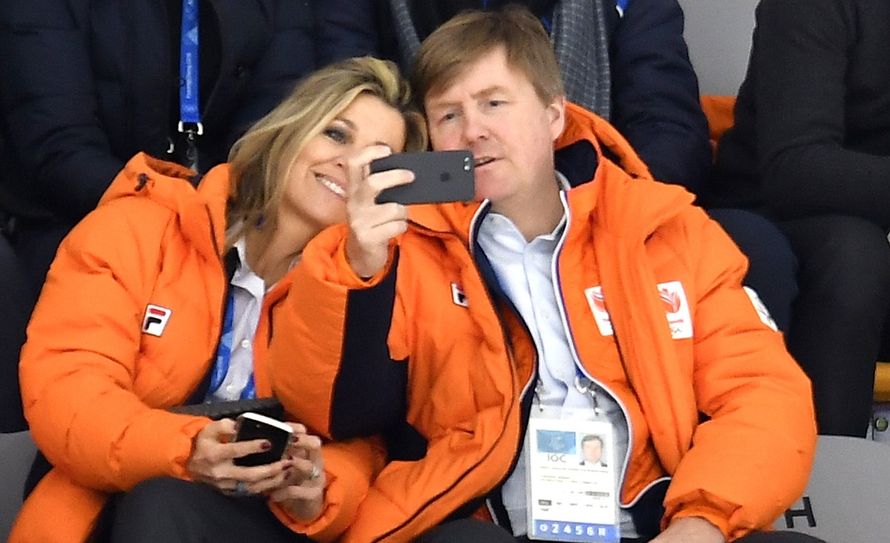 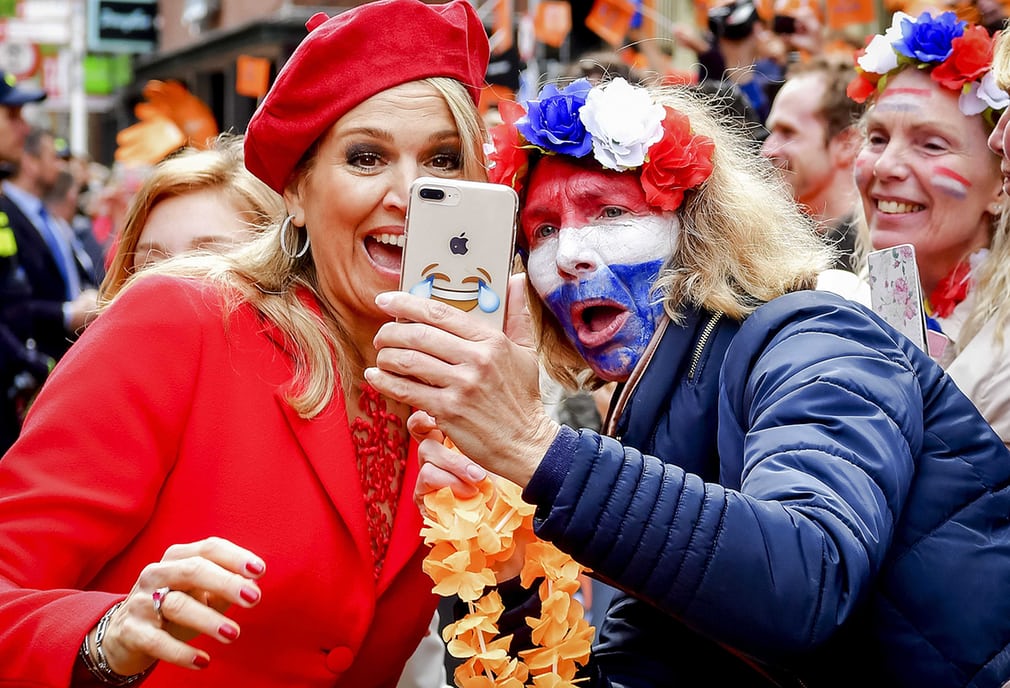 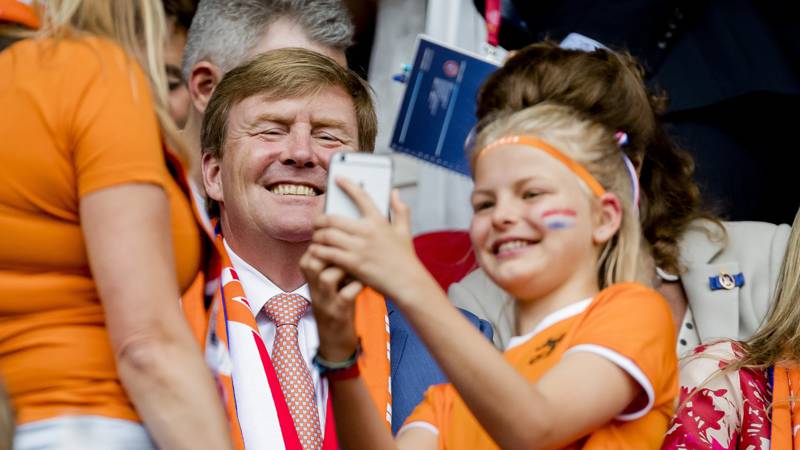 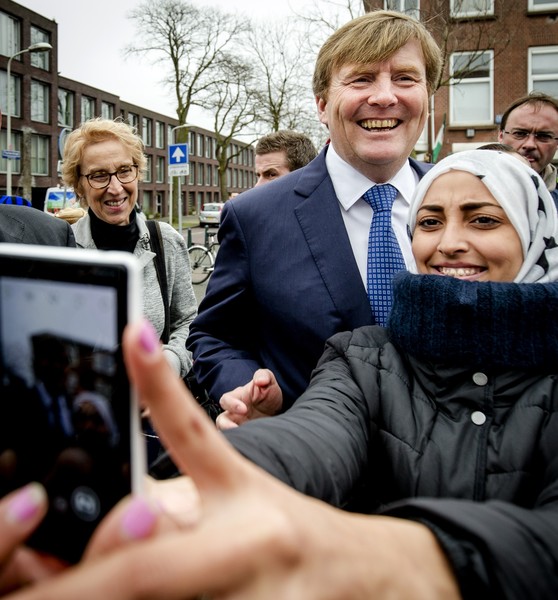 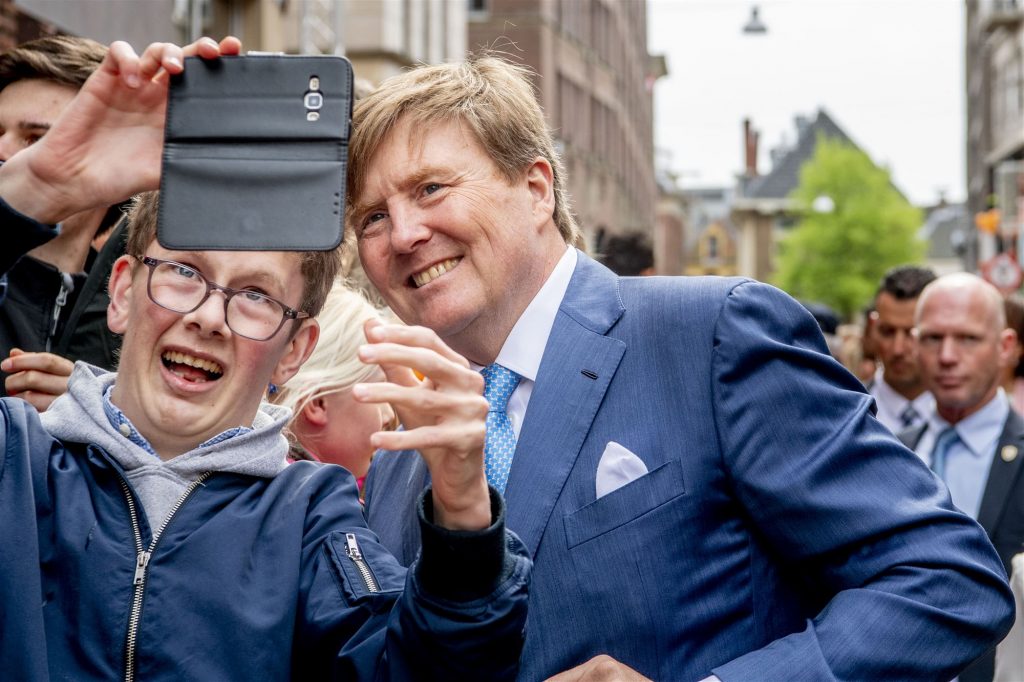