Feminist selfies – the right to be yourself

Feminist selfies open a new chapter in the history of selfie obsession. Although the term is not defined yet, it seems that the phenomena spread after 17 year old famous singer Lorde shared her famous acne selfie with the world. 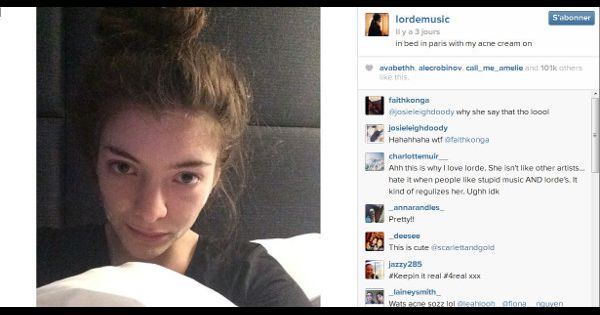 A young star bravely demonstrated she’s just an ordinary girl with her teenage problems. After the pic had been published on the internet women of all ages felt free to post their honest selfies on the web. While feminist activists consider such selfies as a source of self-expression some users aren’t ashamed of posting insulting comments. But who are the judges? How’s a really sexy selfie supposed to look like?

Lindsay Bottoms became another young feminist star. She decided to relieve the insulting comments addressed to her along with her honest self portraits.

This is really touching. The ideal woman simply doesn’t exist and sexy selfie diva Kim Kardashian would prove it. I suppose we may also include her in the list of selfie feminists as she teaches women to love their bodies no matter what size they wear.

These girls unintentionally spread the idea of feminist selfie around the world encouraging thousands of women to show their real feelings and casual pics.

Comments to Feminist selfies – the right to be yourself