The Life of Pablo, Kanye West’s 7th studio album was released on February 14 this year. The high-ranking album revealed the rapper’s views on matters of faith and family, and the Only One track is said to be inspired by North, the musician 3-year-old daughter, and his mother Donda. 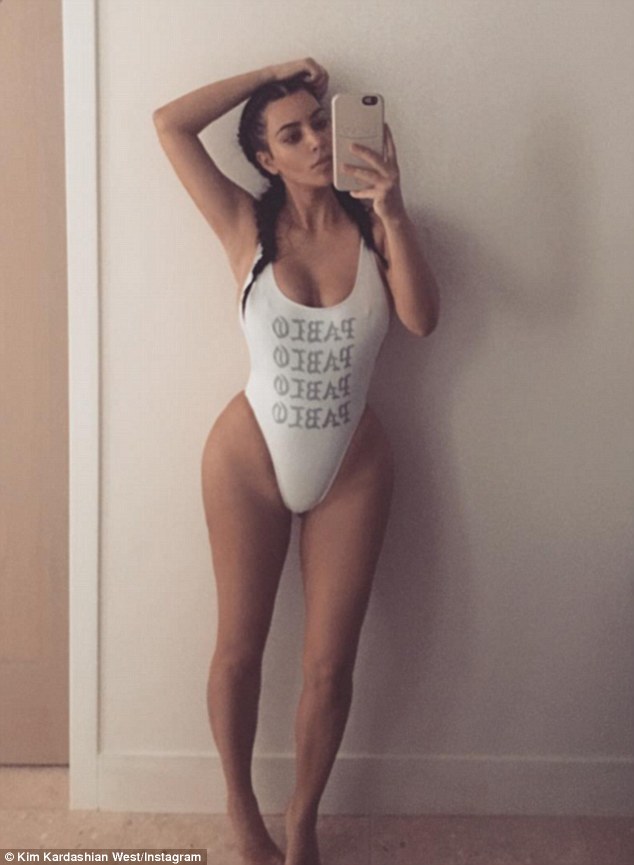 The merch was sold out in minutes which left most of his fans yearning to get a piece of the limited edition collection released the same day as the album itself. And just a few days ago Kim Kardashian West posted a selfie on Instagram to her 73,9 mln followers paying tribute to her husband’s album. The photo features herself in a high-cut swimsuit with the album’s logo. Though the photo didn’t broke the Internet (well, we’ve seen more of Kim’s magnificent curves), odds are, the one-piece swimsuit with the logo is going to become a trend this swimming season.